The South Melbourne Market was established in 1867 and is the oldest continuing Market in Melbourne. 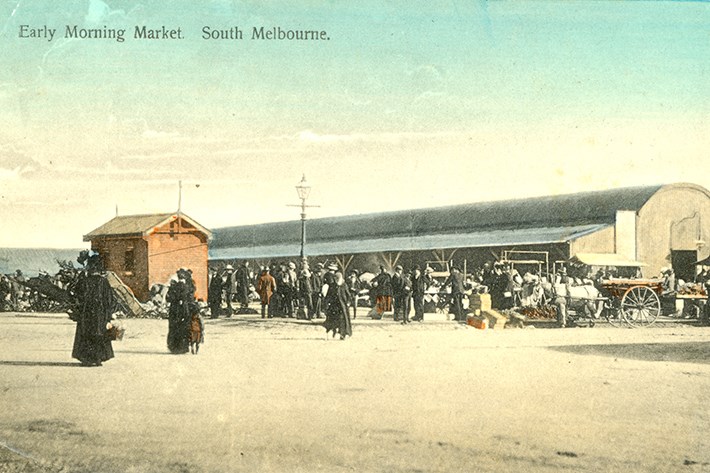 In 1856 a petition from local householders was sent to Emerald Hill Council, highlighting the need for a market.

However, it wasn’t until 1867 that the South Melbourne Market was officially opened to the public on a site of 10 acres covered the area bounded by Coventry, Cecil and York Streets and the St Kilda Railway line in South Melbourne.

It was initially leased under contract, however, by 1904 the South Melbourne Council had taken over control of the collection of Market dues.

From its establishment, the Market underwent regular improvement and expansion in order to accommodate the growing needs of the traders and the community, as well as the changing regulations for cleanliness and sanitation. The first sheds were erected in 1866, a weighbridge of five and a half tons was purchased in 1872, and by 1924 electric lighting was installed throughout.

Throughout its history, the Market has been the site of a number of disasters, the worst being the 1981 fire which destroyed the original A and B sheds in Coventry Street. Two bombs also exploded in the Market in the same year causing damage to some stalls.

The twentieth century saw the gradual modernisation of the Market with the changing demand and taste for specific produce, as well as further improvement and remodelling.

In 1972 a new car park was constructed over the top of the Market and a Food Hall was added in 1991 replacing part of the original market structure.

In 2012, a new multifaceted roof was added to the Rooftop Carpark which acts to provide shelter for shoppers, capture rain water, generate electricity from solar and regulate the temperature inside the Market. 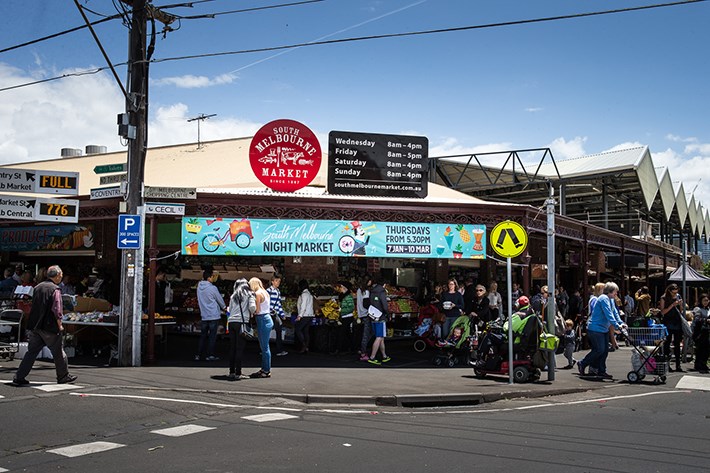 Today, the South Melbourne Market continues to thrive in the local community. As we move into the future, we’re striving to further reduce our environmental footprint and create a sustainable and inclusive market experience for years to come.